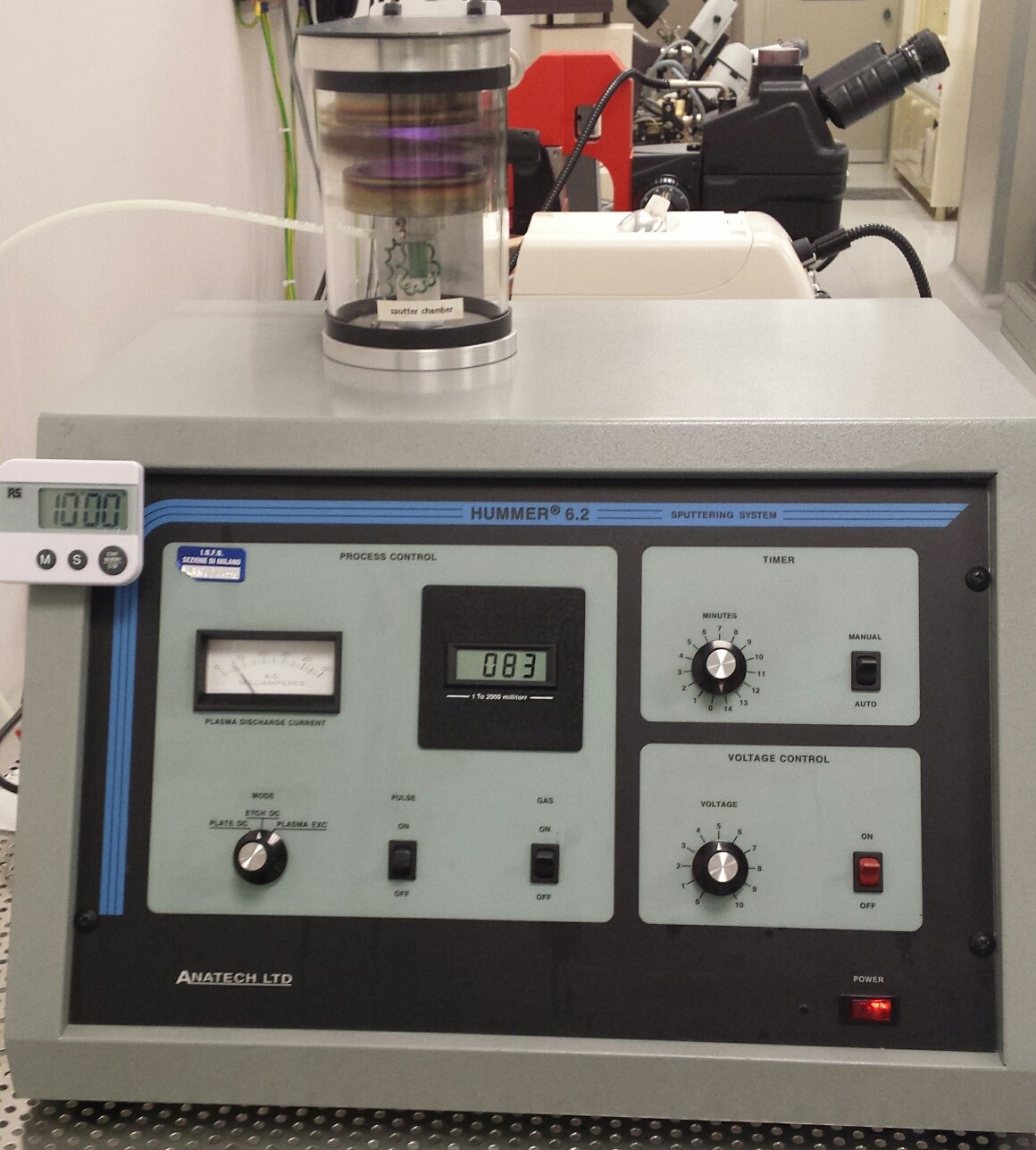 Anatech HUMMER 6.2 performs sputter coating, a cold process in which ions impacting a metal source dislodge metal atoms. The atoms disperse throughout the process chamber to uniformly coat irregularly shaped specimens without thermal damage. Sputter coating produces high quality coatings whose thickness is repeatable and easily controlled. Cold, fast sputter rates require less time, giving you more time for microscope examinations. The Anatech HUMMER 6.2 has three operating modes: Any of these three modes can be operated in “Pulse mode” (repeated on-off pattern) to avoid the aggregation of material in localized place and to reduce the specimen heating. The following metals can be sputtered:

By first creating a gaseous plasma and then accelerating the ions from this plasma into some source material (a.k.a. “target”), the source material is eroded by the arriving ions via energy transfer and is ejected in the form of neutral particles – either individual atoms, clusters of atoms or molecules. As these neutral particles are ejected, they will travel in a straight line unless they come into contact with something – other particles or a nearby surface. If a “substrate” such as a Si wafer is placed in the path of these ejected particles, it will be coated by a thin film of the source material. In order to create the plasma, atoms of an inert gas (frequently Ar) are introduced into the HV (High Vacuum) chamber and a negative bias voltage is applied to the target. Free electron are immediately accelerated by the electron field in proximity to the target and ionize by collision the Ar atoms leaving Ar+ ions. This cascade process ignites the plasma. At this point, positively charged Ar+ ions are accelerated towards the negatively biased electrode, striking the surface and releasing source material and more free electrons by energy transfer. In magnetron sputtering, permanent magnets are located behind the target in order to confine the free electrons in a magnetic field directly above the target surface. This provides a double advantage: first, the free electrons, which are rejected by the negatively charged target, are prevented from bombarding the substrate, which would cause overheating and structural damage; second, the circuitous path carved by the free electrons along the lines of the magnetic field enhances the probability of ionizing neutral Ar atoms by several orders of magnitude. This increase in available ions significantly increases the rate at which target material is eroded and subsequently deposited onto the substrate.